To see prices for each season, click on the relevant tab below.

Want to stay in Breb?

There are two churches in Breb: the Graeco-Catholic wooden church of the Holy Archangels and the Orthodox new church. Church plays a big part in village life and most villagers attend Sunday service dressed in traditional costume. The church of the Holy Archangels was built in 1531 in another part of the village called Copaciş and moved to its current site in 1626, going through reparations and modifications several times. The graveyard is unique due to its wooden crosses which use ancient symbols. The oldest preserved is the cross circumscribed in a circle, identified as belonging to the Celtic culture.

The Orthodox new church has become a village emblem as it is visible from all major locations in the surrounding area. You will most likely see the church before you notice the sign to Breb! Construction began in 1989 and it took approximately 15 years to reach completion.

There is an interesting collection of icons from the 17th, 18th and 19th century within the beamed vault and through the roof. The rectory was built in 1903 on the site of the original from 1801 but is now empty. There is also a partially preserved mural on the outside of Pop Anca Bratu’s passing. There is lots to discover in the carvings and painting on the walls, all of which provide a glimpse into medieval life in Breb. 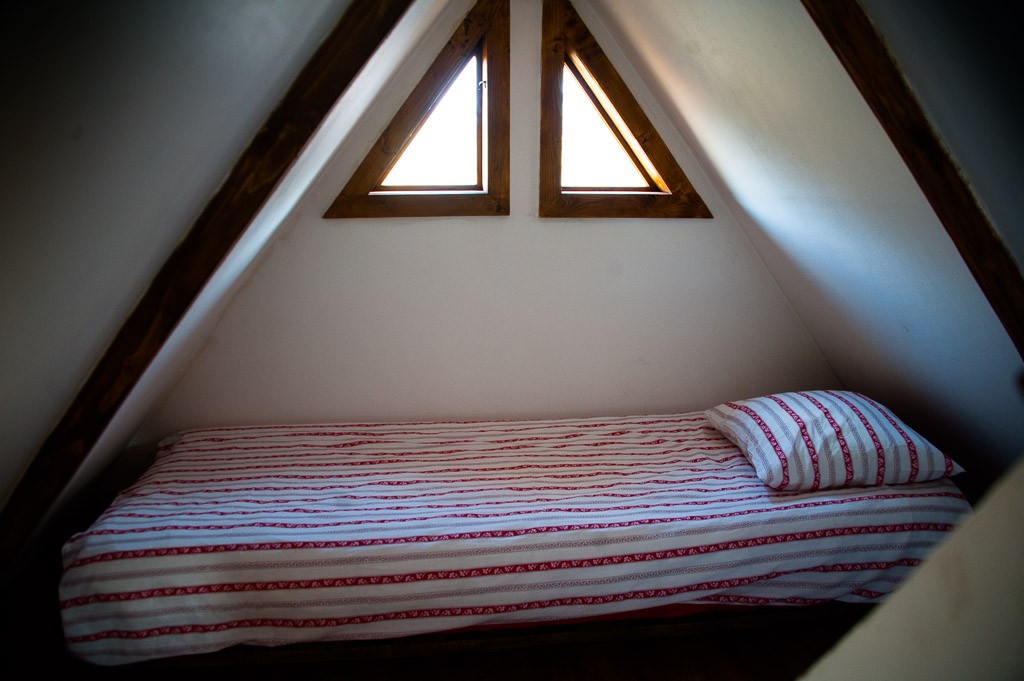 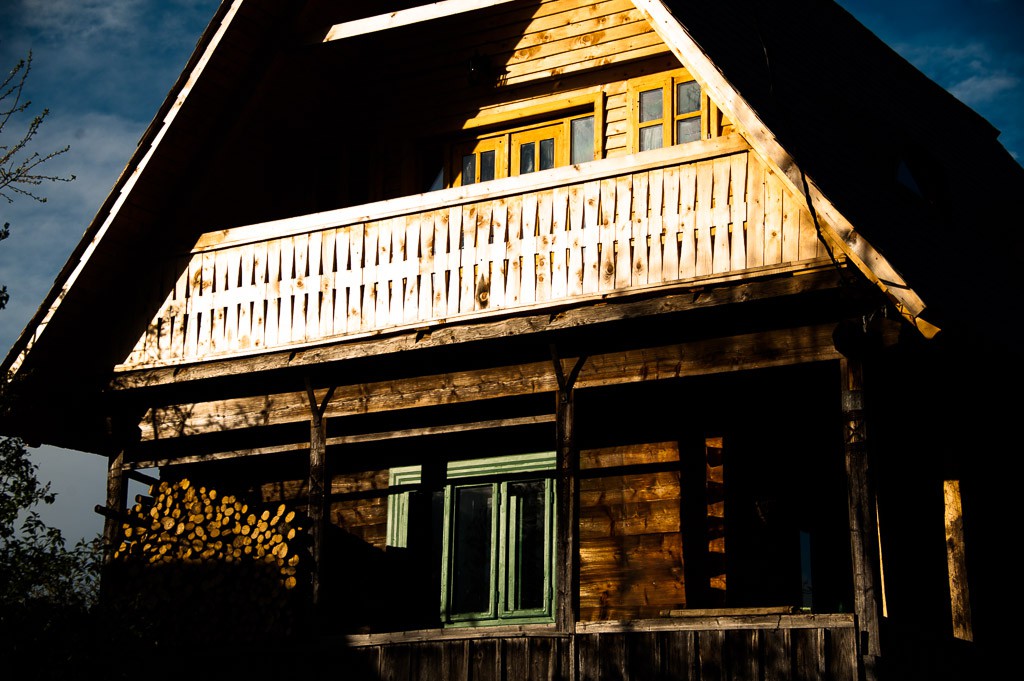 The family room is in the main house known as Tablo. It was finished being restored in April 2014.  We booked it out for easter before it was finished in the winter and so had the smell of paint as people arrived as we finished a few days before 🙂 It is a large bright room with views out to the Gutâi Mountain. The door is one of my favourites that I salvaged on one of my ‘picking’ trips to the surrounding villages. It is probably around 100 years old.

A full size double bed. There are reading lights on both side of the bed and plenty of room around the bed for access. 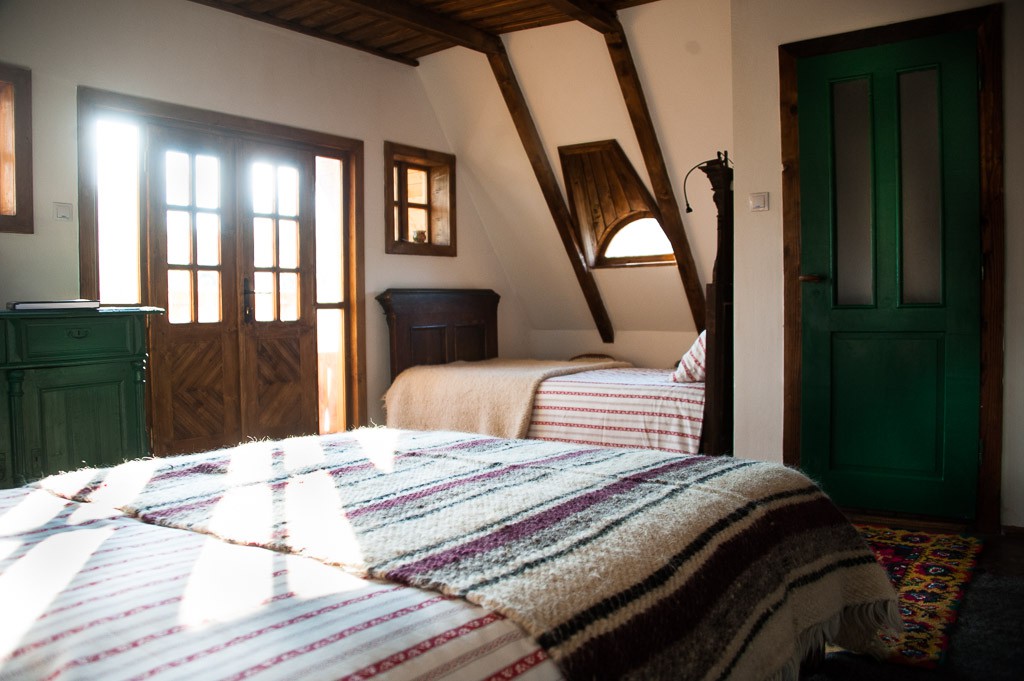 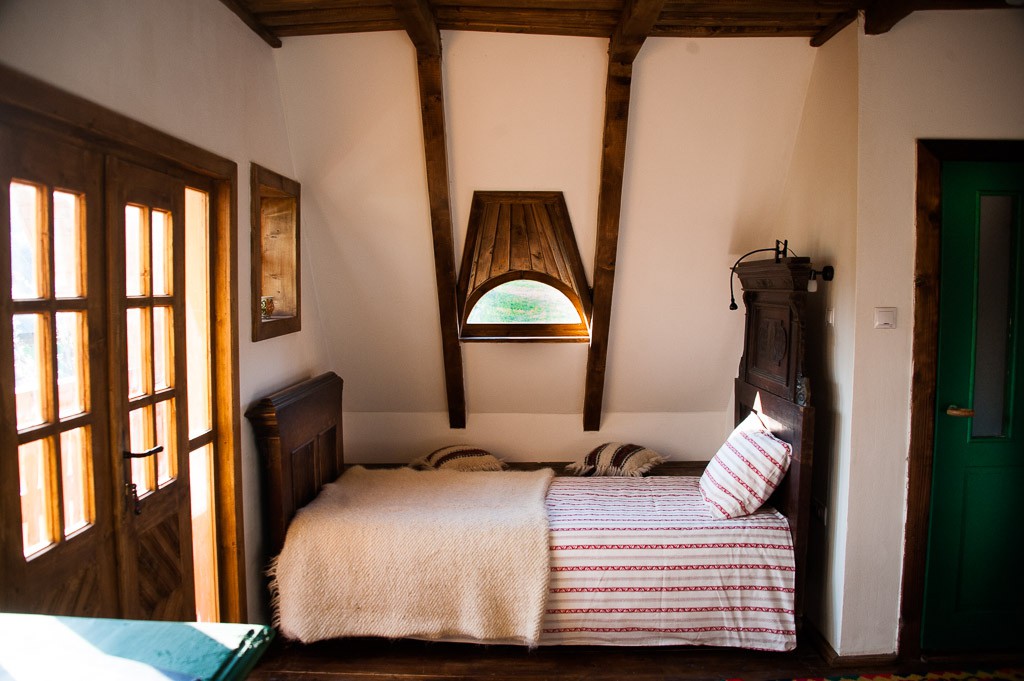 Apparently the bed is 200 years old. Sold to me from an old man in the village who always knew it was in the family for many generations. We had to renovate it a bit to make it long enough to fit a full size mattress and to strengthen the head board, but apart from that, it is in its original condition.

Want to visit Breb on an all inclusive tour?

Flush toilet ( no tradition here) and good sized shower with hot water all day long. Was wash basin and space for towels that we provide and your own toiletries. 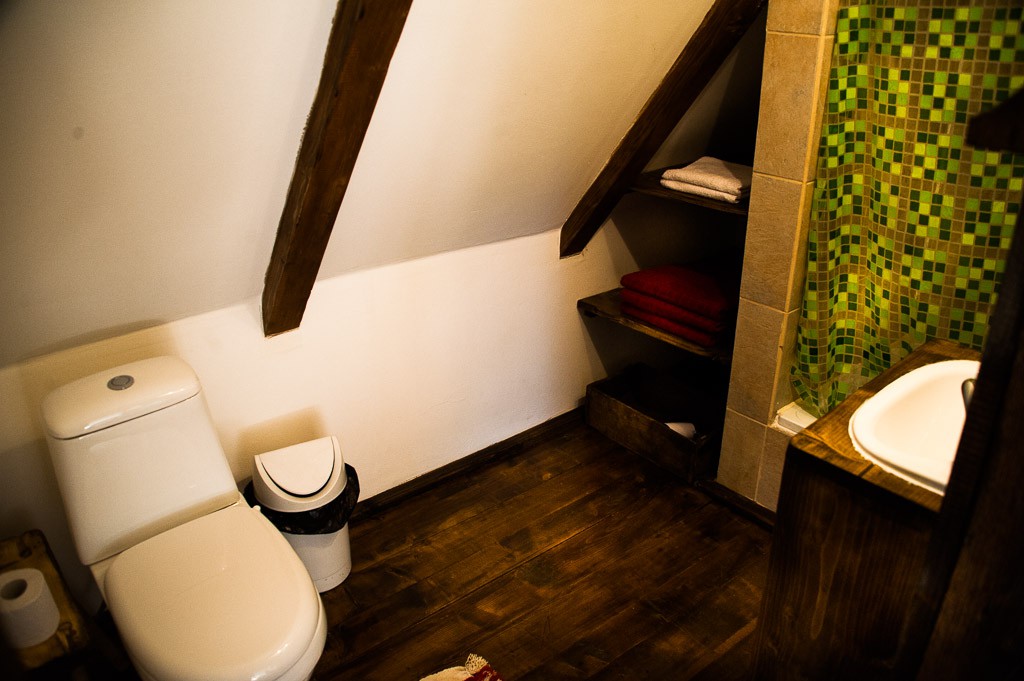 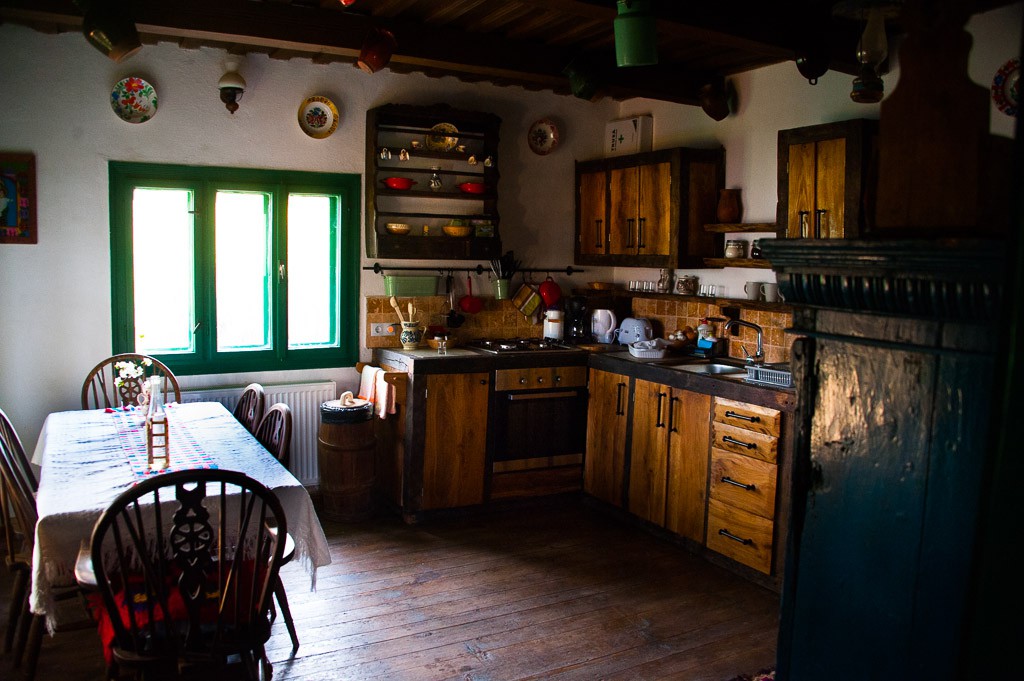 caters for six people. There is a electric oven and four gas hobs allowing you to cook a romantic dinner for two by candlelight or a feast for six. The kitchen is well stocked, with spices, pasta and rice. in fact everything you need to cook a meal minus the veg and any meat you may want. These can be bought locally from the sheppard’s or the shops in Ocnar Sugatag where the local market is every Thursday. The kitchen was originally a room for just keeping firewood with a dirt floor and no ceiling. Penny designed the layout using old oak beams from another house and persuaded the local carpenter to keep the original finish to the wood when building the fitted units. It’s a cosy room with views out over the garden and stream next to the land. The kitchen is just for you to use, so if you rent Casa Mica, you have the house to yourselves! The dining table seats six people and we have cutlery, plates, bowels etc also for six.

Want to stay at the Village Hotel?

Have a date in mind on when to visit Breb?