Making hay – before it rains in Maramures 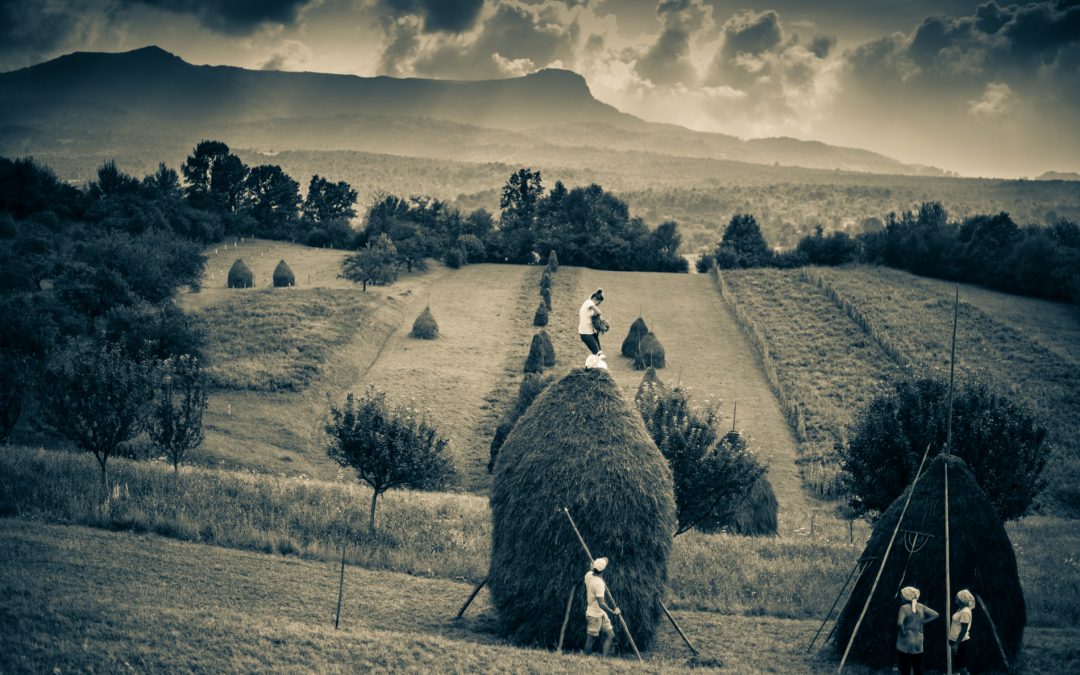 On the way to the sheep station, I drove with my guest past the Guitain in Breb and there they were, hurrying along before those big black clouds dropped it’s rain on that dry hay they had spent all day raking in.  It always amazes me to see families still making hey the way their Grandparents did.  We stopped and took some pics and then get caught in the down pour so opted not to have dinner up the mountain as planned and ended up in Ocnar instead.